Les Ferdinand has been appointed Director of Football at QPR. Les has returned to where he made his name in football, tasked with developing talent, advising the manager and board and managing football affairs at the club.

Anton Du Beke is embarking on his new nationwide tour with Erin Boag. He will also be making some special guest appearances on the Strictly Come Dancing tour in Liverpool on February 3rd & 4th and Wembley 5th & 6th February. 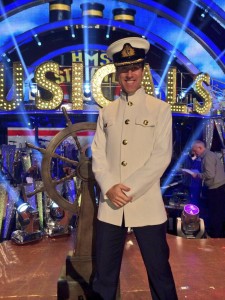 Ben Kay has joined ITV has part of their Rugby World Cup team as a commentator alongside Jill Douglas who has joined the team as a reporter.

Gethin Jones will appear on Ch4’s coverage of the Super Bowl from Phoenix.