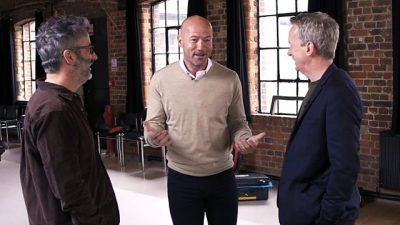 Twenty years on from Euro 96, when football came home to England, Alan Shearer, the tournament’s Golden Boot winner, meets former teammates such as Paul Gascoigne and Teddy Sheringham and then-manager Terry Venables to recount the national side’s run to the semi-finals.

In this deeply personal programme, Alan Shearer reflects on the defining moment in his England career. He meets with Barry Davies and John Motson as they recount their favourite moments, while Frank Skinner and David Baddiel talk to Alan about the making of the iconic Three Lions song and look back on the summer that defined football in the nineties.

Watch it on BBC iPlayer