James Gregg is a TV and radio presenter for the BBC and Times radio.

James started out on local TV and commercial radio in Leeds before joining the BBC in 2015 as part of the 5Live team and working on the World Service. He regularly appears on Radio 2 and Radio 1 NewsBeat as the Sports Presenter and in 2021 joined the Open Golf team for their coverage from Royal St George’s. He also covers the Premier League for 5Live. 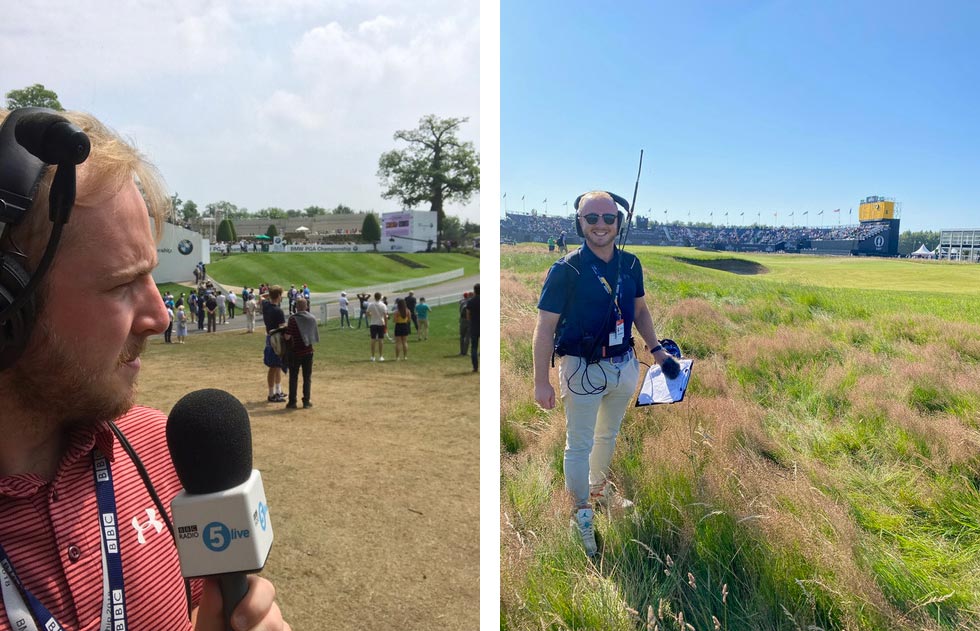 Outside of the BBC James works for Times radio and hosts the UK’s no1 Cricket podcast, The Barmy Army covering tours in Sri Lanka and South Africa.

James is an excellent voice over artist and hosts a number of corporate videos. James is also a single figure golfer and a Sheffield United fan.