Anton Du Beke is one of the most instantly recognisable figures in the world of Ballroom dance today. Through his involvement in ‘Strictly Come Dancing’, he is proud to have played a part in a phenomenon that has brought dancing not only back into favour, but also on to primetime television – and into the hearts of the nation too.

Anton has appeared in every series of Strictly to date, his partners a veritable who’s who including Esther Rantzen, Jerry Hall, Ruth Langsford, Judy Murray, Katie Derham and Emma Barton. After competing for the eighteenth and final time in 2020 with former Home Secretary Jacqui Smith, the BBC invited him to take a much prized seat at the lauded Judges desk! Much to the delight of fans – and the contestants – he’s a natural as a Strictly Judge, offering constructive feedback borne out of years being on the receiving end… and resulting in his winning “Best TV Talent Show Judge” in 2022 as voted by the public… twice!

Anton’s annual tours with his professional partner Erin Boag are regular sell-outs and for 2022 they brought ‘Anton & Erin: Showtime‘ to packed theatres nationwide.

He released his first album ‘From The Top‘ in time for Christmas 2017.

Believing the world would be a better place if everyone learned to dance, Anton delights in sharing his passion and enthusiasm for dance with others, not just through his appearances and tuition, but also through his books ‘Anton’s Dance Class’ – a step-by-step guide to Ballroom and Latin dances, and ‘B is for Ballroom’ which will make an armchair expert of even the most novice dance fan.

Anton has gone on to publish five novels: the Sunday Times best-seller ‘One Enchanted Evening‘, its sequel ‘Moonlight Over Mayfair‘, followed in 2020 by ‘A Christmas to Remember‘, the fourth instalment ‘We’ll Meet Again‘ in 2021, and the fifth, ‘The Ballroom Blitz‘ in 2022.

Brought to the public’s attention through the hit BBC1 show Strictly Come Dancing, Anton Du Beke has become a household name and a familiar face on our TV screens. Whether he’s dancing, presenting game shows, or making television guest appearances — he’s fast becoming a media personality in his own right and earning himself the title ‘Mr Showbiz’.

A born showman, and relaxed in front of the camera, Anton excels at light entertainment – a genre he suits very well. From an expanding diversity of television credits, his charm, manner, wit… and comic timing are growing his popularity and appealing to generations young to old. And now through social media channels too, he’s attracting an ever-widening fanbase.

Speaking of fans, it’s reputed that the then Duchess of Cornwall and Prince Charles as well as David Cameron all tuned in to see Anton and Ann Widdecombe’s show-stopping Strictly performances – their flamboyant routines causing nothing short of a nationwide sensation with over twelve million viewers tuning in!

Beyond his television roles, Anton’s popularity ensures he’s much in demand for hosting, presenting and speaking at corporate, charity and media events. With showbiz sparkle and inimitable style, Anton Du Beke is the consummate and all-round entertainer.

“Anton – I just want to thank you. You were and are the most engaging professional that I have worked with for a very long time. You added that magical sparkle to a northern awards ceremony and I suspect you have an additional 600 stalkers now!
Till next time x

Anton was simply brilliant – he went above and beyond, was so tolerant of last minute changes, the slow dinner service and time slippage and even though I gave him full freedom to rattle through the awards as fast as he wanted to and make a quick escape he took the time to really engage with the audience, had them absolutely roaring with laughter, didn’t just read the cue cards (some do!) he added his own unique, and very Anton, flair. I don’t think the delegates will remember much of the conference business content but they’ll most definitely remember their awards host!!

Our production crew have worked with many hosts and compères and the whole team agreed he is absolutely the best we’ve had the pleasure of working with, what a funny, kind and down to earth chap. Please pass our huge thanks on to him – he really made the evening special for everyone. 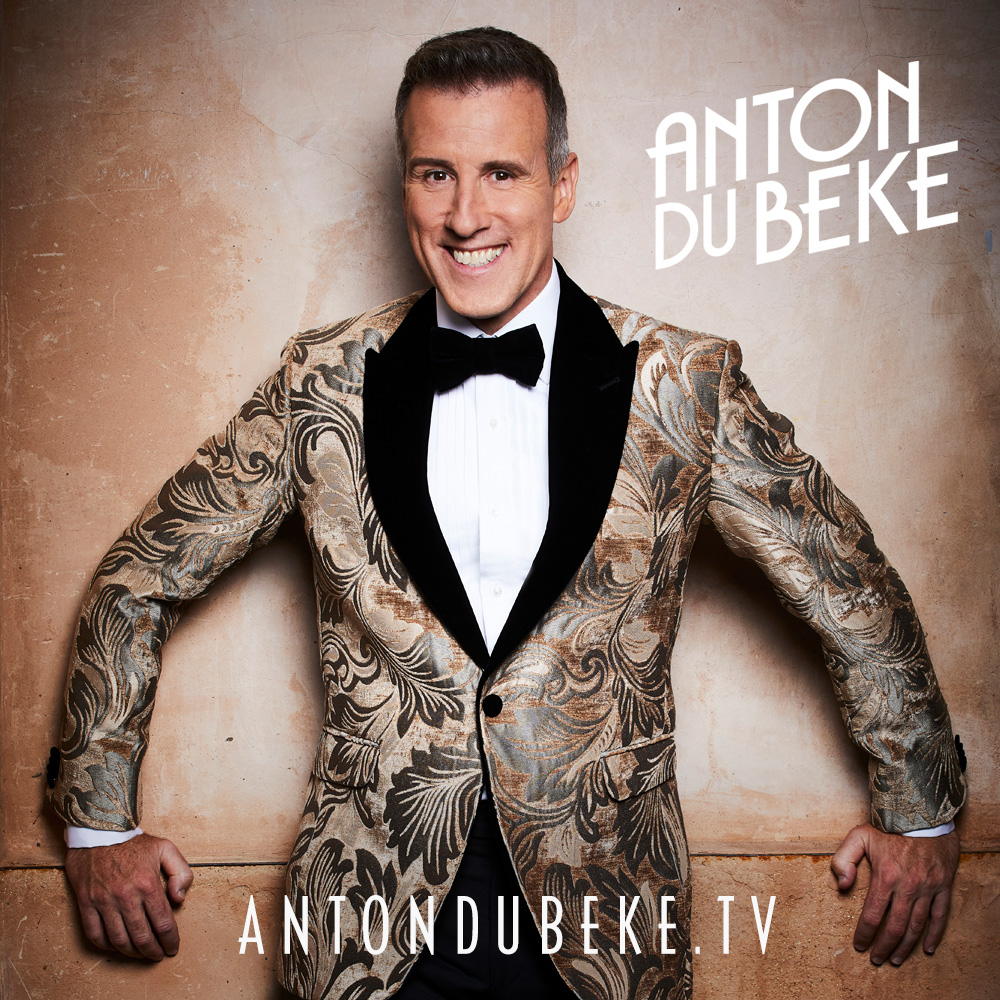 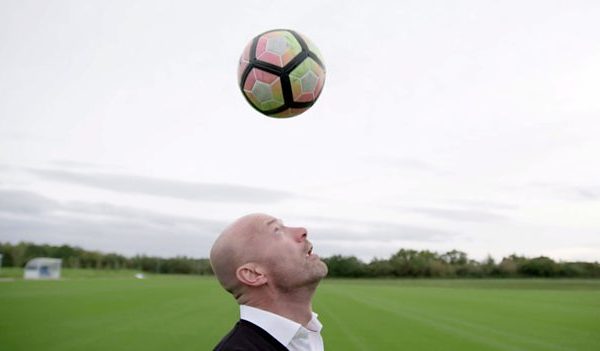 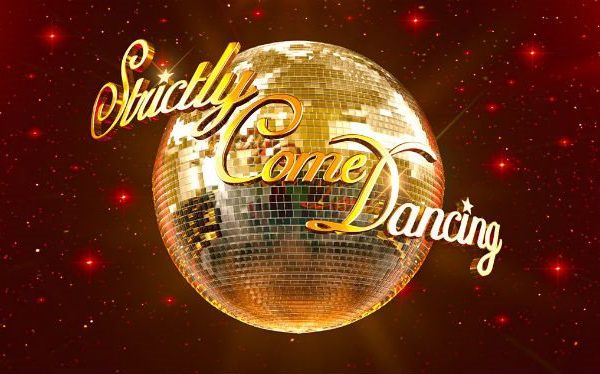 This Autumn, Anton returns to our screens for his fourteenth series of Strictly Come Dancing. This year he has been paired with actress Lesley Joseph and is very optimistic about their chances. The live show… 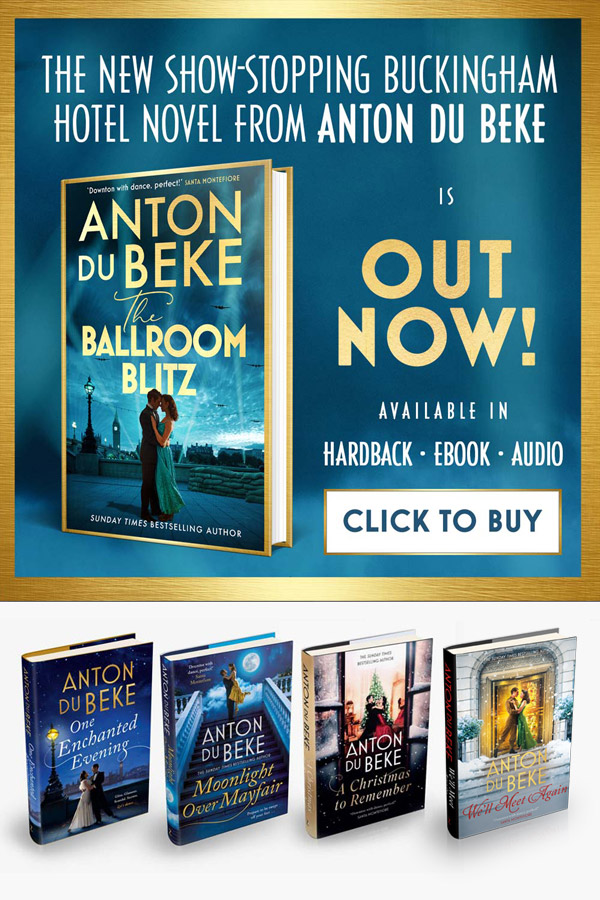